In the society that we live in, most of the wealth is concentrated in the hands of a very few people.

About half of the wealth of the entire world is held by only 1% of the population and the remaining 99% share the other half.

This disparity is due to numerous factors.

In our opinion, the most prevalent of these is that we as parents do not teach our children proper money management.

Further, we, as a society, do not require that these continually evolving concepts be taught to our children during their educational career.

This combination of short-comings only helps to perpetuate the current paradigm; the rich keep getting richer and the poor keep getting poorer.

But these issues go far beyond the idea of wealth inequality…

Consider that much of the world’s population lives in utter poverty.

The statistics are alarming to say the least… and the governments of these countries either cannot or will not do what is necessary to help alleviate the suffering of their citizens.

As of the writing of this article, the statistics show that about half of the world’s population lives on less than $5.50 a day…

Even in industrialized nations, countries which have vast resources and the potential for great wealth accumulation… there is suffering. Statistics show that most of these nations have high levels of their citizenry who are homeless.

In the United States for example, as of the writing of this article, current estimates are that there are over a half a million homeless people across the country.

Statistics like these are what drive people to look to Universal Basic Income programs to help provide a safety net for those in the most need.

Unfortunately, these UBI programs have run into many issues which have prevented their inception on a global scale.

Recently, there has been resurgence in the idea of creating a Universal Basic Income plan.

Many people, from all different sectors of society, believe that we are at a crossroad when it comes to the need for UBI.

Now, while we also believe that the world is indeed at a crossroad when it comes to Universal Basic Income, we believe that is the case for a completely different reason…

We believe that for the first time in history, there may actually be a means for not only creating a UBI program, but maintaining it… without the need for government intervention.

We believe that due to the creation of cryptocurrency and blockchain technology, the realization of a sustainable UBI program maybe closer to reality than most people may think.

Mannabase – Vision For The Future

The cryptocurrency space has been a place where innovation and technology have met, and produced some of the most forward thinking technology that has ever been seen… and the revelations and advancements just keep coming.

This is why we feel that thanks to this space, UBI has a real chance…

Obviously, we are not alone…

In order to help solve the problems associated with typical UBI programs, a group of people came up with the idea of Mannabase.

By using the power of the blockchain, this project aims to solve the issue of providing a minimal income on a regular basis.

Let’s have a closer look at this project…

Mannabase is a platform that utilizes blockchain and cryptocurrency managed by a tax-exempt, nonprofit organization to create a Universal Basic Income program.

Mannabase utilizes mining, just like Bitcoin, to create MANNA. MANNA is the coin which runs the ecosystem.

Well, if you are familiar with the cryptocurrency space, that explanation probably made some sense… however, it you have never even heard of Bitcoin or cryptocurrency, than your probably saying…

We understand… so, let’s get into it…

MANNA’s roots date back to 2015 when it began its existence under the name of GrantCoin.

It also has the distinction of being the first cryptocurrency to be managed and distributed by a US based, tax-exempt organization known as the People’s Currency Foundation (PCF).

GrantCoin has seen an astounding level of growth. Since its transition to MANNA, the growth and ultimately awareness of this program has continued to grow.

According to PCF, there are stakeholders in over 100 countries around the globe and the equivalent of over $250,000 USD has been paid out since its inception.

Mannabase explains their vision as:

The vision of Mannabase is to empower the people of the world by making cryptocurrency accessible and available to everyone, and to provide a tool for effective altruism to reduce poverty and inequality

In a nutshell, the goal for the team at Mannabase is to creating an online platform that becomes an alternative global currency which is backed by a portfolio of assets.

Mannabase is well on its way to being an alternative currency backed by profits from a capital reserve fund, similar to the Alaska Permanent Fund.

When GrantCoin first began, the PCF received donations from over 80 donors across the globe.  These donations were combined with money garnered from the sales of GrantCoin.

Additional funding sources include donations from grants, endowments and crowd funding to name a few.

OK… this sounds a bit too good to be true…

Who is eligible to receive payments from Mannabase?

And the answer is…

Any living human being.

Yes, that’s pretty much it… Mannabase requires you to ‘prove your humanity’.

So, you’re next question is, how do I get started?

Let’s start out by saying that, as of the writing of this article, Mannabase has a referral program.

The goal of this referral program is to help spread knowledge about MANNA and the basic income that can be derived from this project.

Why is knowing that Mannabase has a referral program important?

When you decide to sign up for MANNA, you should consider using someone’s referral link because both you and the referrer will receive a bonus distribution of MANNA.

Please realize that this referral program and bonus MANNA can end at any time.

Once you get to the platform, enter your email address to begin the online registration process.

Once you enter your personal information and verify your email address, you will be required to complete the ‘proof-of-humanity’.

What does that mean?

Once it is received, it is reviewed and verified. When that process is complete, you receive an email letting your know and your distributions of MANNA will begin to be deposited into your platform wallet.

So, what if you don’t really need the distribution?

No problem, the platform has that covered…

You can set up to have your MANNA distribution automatically sent to charity.

So, you are receiving your MANNA distributions, now what?

Even though MANNA has come a long way since 2015, it still has a way to go to become the fully functional UBI platform it is designed to be.

Eventually, the platform will connect MANNA recipients with merchants that will accept MANNA for goods and services.

But what options do you currently have?

As of this writing, you can take your MANNA off of the platform and transfer it to a wallet which you can download onto your home computer.

You can also transfer the money to one of the exchanges which have MANNA and sell your coins there and then transfer that into your native fiat currency.

Thanks to blockchain technology, the whole system works on a P2P concept.  This allows you to transfer MANNA directly, person-to-person and save on fees that might otherwise be incurred on an exchange.

Let’s not forget what is probably the most important benefit of blockchain technology…especially where UBI distribution is concerned… it is immutable and completely visible to the public.

No matter what project or business you plan to get involved in, you want to know the people behind it. Mannabase is no exception.

The project is spearheaded by Eric Stetson.

Eric is also an author, as well as, a web developer and has been highly renowned for his work in the non-profit sector for a very long time.

Eric’s blockchain and cryptocurrency experience dates back to 2014 when he was a part of the SolarCoin team. Eric has made use of this experience when bringing Mannabase into existence.

Jon is known for his skills as a brand developer and marketer which he utilized to create his Colorado based line of apparel. Previously Jon ran an organic food business.

Brandon Venetta is another of the co-founders and the product manager on the Mannabase team.

He is renowned for his passion for charity-work, team building and networking.  He has previously managed several multi-million dollar projects and has previously worked as a project manager for a design and construction company.

Others members of the Mannabaseteam include Doug Shubert , Matthew Lohbihler and many others.

Do you want to know more about Mannabase?

Pulling It All Together

Many people from across the world and various sectors of society truly believe that humanity is in serious need for Universal Basic Income.

There are many humanitarian issues currently faced by our planet.  People all across the globe are living in utter poverty and nations are facing ever increasing levels of homelessness.

Let’s not forget, that there is a greater level of economic uncertainty now than ever before in our history.

However, some people have taken action to help stave off the devastation that these factors can cause.

Started in 2015 as GrantCoin and transitioned to MANNA in 2018 with the launch of their online platform, Mannabase remains committed to its goal of helping people in need no matter which corner of the world they live in.

Mannabase is managed by the People’s Currency Fund (PFC) so there is no discrimination among its users.  With time and upcoming improvements to this platform, people will continue to receive UBI on a regular basis.

To begin receiving MANNA payments, you only need to sign up on the platform and complete your ‘proof-of-humanity’.

Currently, if you sign up with a referral link, both you and the link owner will receive a bonus amount of MANNA.

Once the verification process is complete, every user receives a fixed basic income that he can use to survive in the real world. 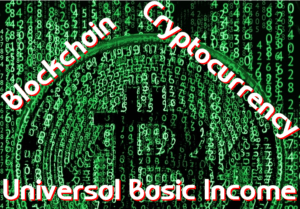 Universal Basic Income – Is Blockchain and Cryptocurrency the Answer?
next post
Passive Income Opportunities in Crypto 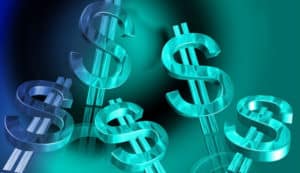