Secure Your Crypto on Ledger

Central Banks and governments across the globe are in a rush to create their own Central Bank Digital Currency (CBDC). Though more and more central banks have let it slip that they are working on this solution and the Federal Reserve continues to devalue the U.S. Dollar, the news continues to come out how more and more are following the trend.

China has been leading the way with the development of their CBDC. They have already begun testing and will soon have a digtal Yuan they can use. Read more about it here.

Now, we have the Central Bank of the Philippines setting up the framework for digital banks, which could lead to the establishment of more digital banks in the country. This new framework can begin taking shape later this month, based on the comments made to Philippine Daily Inquirer by the central bank deputy governor Chuchi Fonacier.

The move is coming as the Philippines are intensifying efforts to establish a virtual banking act. Lawmakers in the country are hoping the act will be passed into domestic law before the end of the year.

Certain provisions in the act may limit the number of authorizations given to digital banks. Based on the rules spelled in the act, the central bank is limited to offer only five digital banks within the next five years.

However, the act will increase the limits of foreign ownership higher than the present proposal over the next five years.

Foreign ownership can be increased from 40% to 70%. A lawmaker representing the Albay 2nd district, Joey Salceda, revealed that the law was necessary to offer support to the emerging digital banking industry in the country. He said it is also a good thing it will support expertise all over the world.

Given the Philippines limited know-how when it comes to creating and facilitating digital banks and CBDC’s it makes sense for foreign involvement which allow for a learning curve.

Developed countries like China and the USA are exploring CBDCs in this innovation age.

Moreover, internet searches for CBDCs exceeded searches for Facebook’s Libra and Bitcoin, as reported by the Bank for International Settlements. This shows there is a higher interest in CBDCs than ever before.

As we reported, the People’s Bank of China (PBoC) is carrying out trials of its national digital currency, named DCEP, in different cities. China hopes to launch the digital currency soon after the trial.

This development is coming at a period of higher interest in digital currency in the Philippians. Right now, there is a higher push for fintech in the country, which is also happening in other regional economies. Hong Kong, Malaysia and Singapore have all developed their schemes for the license of digital banks.

The central bank of Philippians has also set up a committee to research the feasibility of the CBDC and its policy implications in the country.

Given all of these global developments around CBDCs, it is obvious Philippians does not want to be left out as the world economies are gradually embracing digital currency and transactions. 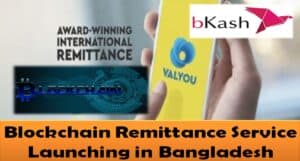 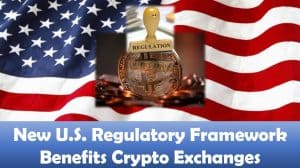