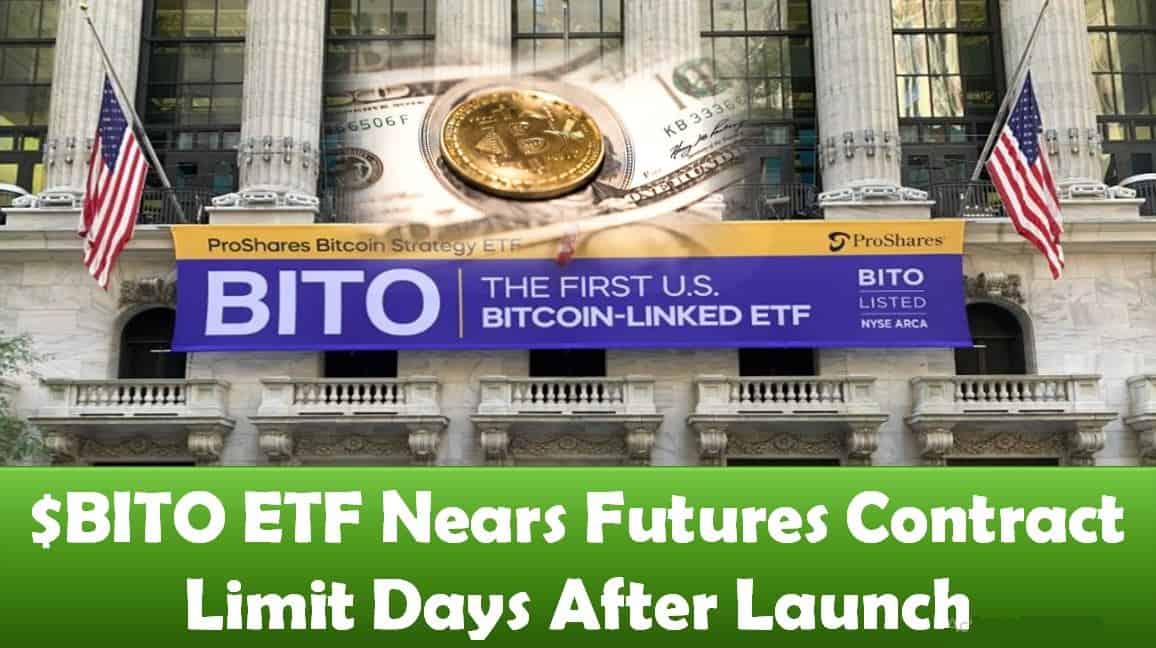 The ProShares Bitcoin Strategy ETF that started trading earlier this week has been having a field day. However, it now seems like the popularity that the ETF has gained in just a few days is overwhelming as the fund nears the futures contract limit.

A report by Bloomberg shows that the ETF currently holds 1,900 futures contracts for October alone. The Chicago Mercantile Exchange (CME) has set the limit number of contracts that the ETF can hold during its first month of trading at 2,000.

The report further shows that for the month of November, the ETF has 1,400 futures contracts. Moreover, the CME has also stated that the absolute limit that the $BITO ETF can hold at any one time is 5,000.

$BITO is most likely to reach these thresholds, given that it is just three days old. Currently, it is the only Bitcoin futures ETF operating in the U.S., which could explain why it has received overwhelming demand from investors who rushed to buy.

The ProShares Bitcoin ETF was ranked as the second-highest traded fund on an opening day.

However, some experts, including Bloomberg’s ETF analyst, Eric Balchunas, have stated that the $BITO ETF could easily take the number one position because it’s trading volumes cane from natural funding. The BlackRock Carbon fund reached record high levels on its opening day because of seed funding, while the $BITO ETF did not have any seed funding.

The alarming rate at which the $BITO ETF is gaining investors has begun to concern analysts who now believe that if the ETF continues spreading holdings over longer periods, the futures prices in the contract could deviate further away from the actual price of Bitcoin.

The concern was shared by Bate Geraci, the president of The ETF Store advisory firm, who noted that

“The end result is the ETF will start taking on potentially significant tracking error versus the spot price of Bitcoin. The ETF is forced to obtain Bitcoin price exposure at higher and higher prices as it goes further our on the futures curve.”

Part of the reason why the $BITO ETF is being overwhelmed is that it was the first Bitcoin futures ETF that launched. Last week, after rumors of this ETF launching, started spreading, it was certain that ProShares will get an edge over the other ETFs if it is launched first because it will feed off the excitement in the market.

The Valkyrie ETF debuted on Friday, October 22, but it has failed to show the same level of performance that $BITO has shown.

On the other hand, the VanEck Bitcoin Futures ETF has already been approved by the Securities and Exchange Commission (SEC), with the filing showing the likelihood of the fund debuting on Monday October 25th. 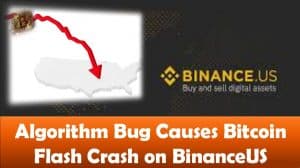 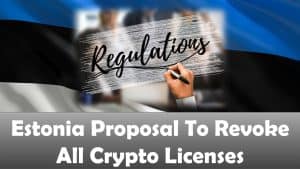