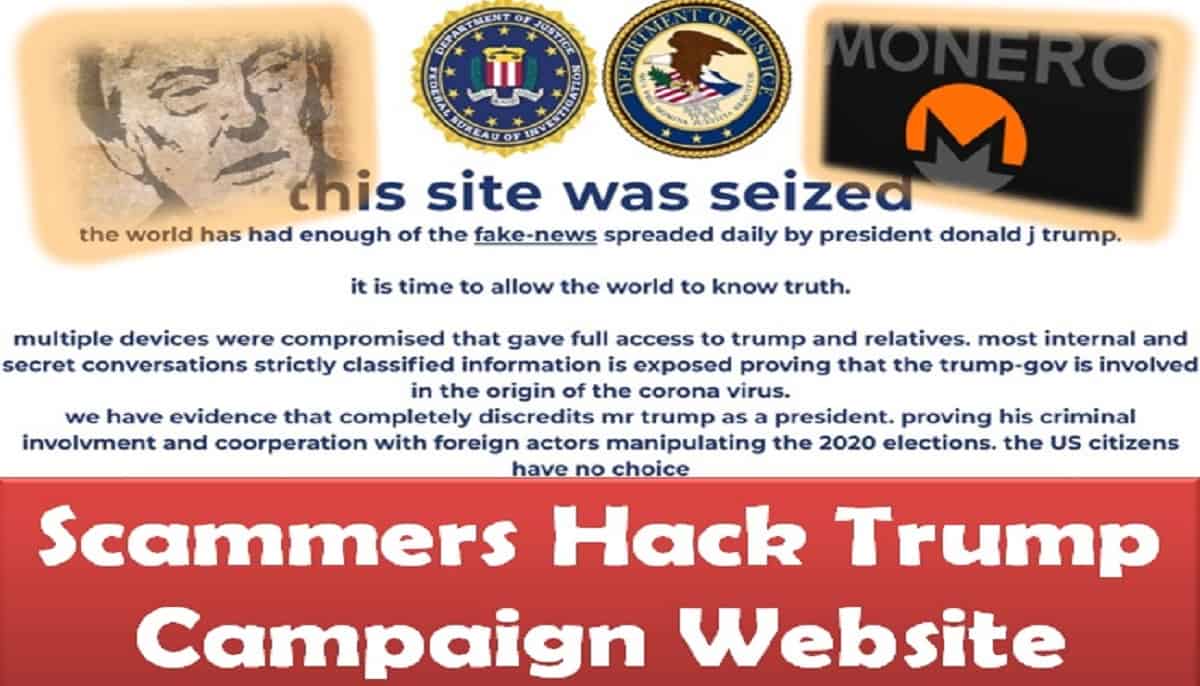 One thing is for certain regarding this years U.S. Presidential elections… there is no shortage of crazy news and mud being slung all over the place. We recently reported about crypto users betting on the outcome of the election, but now the crypto space is in the presidential news again for a more nefarious reason.

Earlier this week, the campaign website of President Trump was briefly hacked when unknown scammers scouting for cryptocurrency took over parts of the web pages and replaced them with what seems to be a cryptocurrency scam message.

Although the hacker claims they were able to have full access to classified information, there is no proof of such claims.

Gabriel Lorenzo Greschler first notified the public about the hack on Twitter, which occurred a few minutes before 4 pm Pacific Time.

It is believed that the hackers accessed the backend of the Donaldjtrump.com web server and placed a long list of obfuscated JavaScript. This produced the FBI parody, “this site has been seized” and appeared on the web server’s normal content.

The new message also inscribed a message voicing support against Trump. One of the messages reads “the world has had enough of the fake-news spread daily by president donald j trump.”

The hackers also claimed they have good intel on the foundation of the COVID-19 pandemic and where it all began. The affects f COVID have been and continue to be felt far and wide… here are just a few of the items we’ve reported on…

The Fed Cuts Rates to 0%

There was also other information to damage Trump’s reputation. The hackers also put down two Monero crypto addresses where readers can send funds. The cryptocurrency has become widely known as the most utilized token for criminals and unscrupulous agents looking to hide under the radar of anonymity to garner crypto funds.

It has been the preferred coin for unsavory operations like this one.

Protect Yourself Online With Torguard VPN

The hacker’s intent is likely to allow the viewers and coin contributors to decide what will be done to the hacked data. The crypto funds sent to each address will be compared, and the decision about the data will be made based on the result. That means the decision whether to expose or still keep the data a secret will be made based on the higher total.

The messages disappeared a few minutes later and the original message appeared back. There is no proof that other pages were also accessed.

Tim Murtaugh, the campaign communications director, confirmed the hack on a Twitter message a few minutes after the whole message cleared out. He assured the public no sensitive information was exposed and the campaign team is seriously working with law enforcement agencies to find out more details about the hack.

The nature of this hack is not a new one, as it’s very common for scammers to get the attention of the public through a highly popular platform and asking viewers to send funds to mysterious addresses.

No Evidence of State Sponsored Attack

Although the tone of the message was highly partisan, there is no strong evidence to point accusing fingers at state-actors who are known for such hacking activities.

The attack wasn’t an articulated one against the Trump platform, suggesting it could be carried out by hackers touting crypto scam. 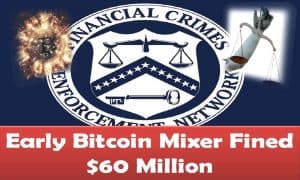 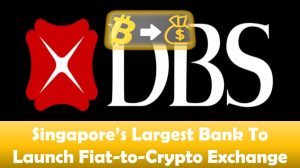