After China’s crackdown on cryptocurrencies, North America became an ideal location for migrating miners because of the region’s abundance of renewable energy sources.

The U.S. has now become the leading country in regards to the Bitcoin mining hashrate.

The data from CBECI also shows that the other countries leading in this mining hashrate include Kazakhstan and Russia, which account for 18% and 11% of the global mining hashrate, respectively.

These countries have had the largest share in Bitcoin mining activities ever since China banned crypto mining in May this year.

The heightened regulatory risk forced many companies to halt their mining activities in the country and move to overseas regions.

Kazakhstan was the hub selected by BTC.com, a leading Chinese Bitcoin miner, as its next base of operation after the crackdown.

Following the increased mining activities, Kazakhstan recently announced that it would be increasing the electricity fees paid by Bitcoin miners following an influx in miner activity.

However, the report issued by CBECI shows that the mining hash rate in China is at 0%.

While this may be the case, there is a high possibility that some miners could still be engaging in this activity while staying under the radar. Nevertheless, the recent data showing the rising U.S. mining hashrate proves that mining activities are migrating from the Eastern region to the West.

Crypto Mining In The U.S. Picks Up

Despite China’s concerns regarding crypto mining leading to a ban of the same, crypto mining firms in North America have been investing more in these activities. Some of the strategies the firms have done include collecting additional hardware to the firm’s mining capacity.

Some of the leading crypto mining firms in North America include Argo Blockchain, Marathon and Riot Blockchain.

In 2021, Riot Blockchain has increased its mining capacity three-fold. During this period, the mining firm has managed to mine 2,457 Bitcoin, which is a significant increase compared to previous periods.

Texas and Ohio are also expected to become the next crypto mining hubs because they have friendly crypto laws and provide access to renewable energy sources, which make them favorable to miners.

Last week, the Senator from Texas, Ted Cruz, has stated that the U.S. should tap wasted energy and use it to mine Bitcoin.

The two states are also expected to host larger Bitcoin mining centers, which will lead to an increase in the production capacities of U.S. miners. An influx of these centers will also play an integral role in increase the mining hashrate.

The expansion of mining activities in the U.S. has also seen major players in this sector seek direct listings for their stocks at the U.S. stock exchange markets. 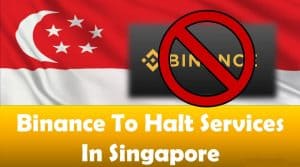 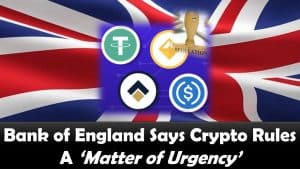